Con At The Park I finally got to the park today. More specifically, I went to the park to write. I have been in need of a change of scenery and as much as I love the Woman Cave, nothing competes with the vast collection of trees, grass, chirping birds and the occasional loud ducks that roam around this green delicacy. The pictures from my camera phone do not do this place justice--next time I'll bring the real camera!
The idyllic setting became more and more the right decision as I made my way to a spot of grass under a shady tree. I set up my little, red blanket, grabbed my journal and began contemplating on what I was going to write in my diurnal companion. Searching for my pen I saw in my peripheral vision, a woman walking towards me. My “Uh Oh” reflex plus a heightened sense of irony came over me and before I knew it, she was saying “Excuse me…”
Let me digress…I am a nice person who loves to help people but I am also an aware person who feels like the average con person picks up on my generosity. When I become bothered, the niceness fades away and I become stern.
So back to the lady who approached me. Earlier, when I was walking over to the tree, I overheard her talking to some people sitting on a bench. I didn’t really think much of it because I thought she knew them. I could hear her say over and over, “But what am I going to do?” I thought it was a group of friends having a serious conversation so I walked a little faster to avoid disturbing them.
When I saw her walking over alone towards me, that stern demeanor swept over me and my ears became ready for her spiel. Initially, I felt bad, seeing as she was pregnant but she looked quite healthy. As soon as I heard her speak to me, I felt like she thought I was a complete idiot.
“Excuse me, I have this problem and I need help,” she said. “When I eat or drink, I throw up. The doctor said I could die when I throw up.”
I immediately replied, “Okay. So what do you need help—”
She interrupted me and said, “I throw up and I can die. I will die. I die.”
So I asked again, this time with a little more force, “I don’t have a lot of time so can you get to the point?” This whole time, I am still looking for my pen which is playing a naughty game of hide and seek with me.
She repeated again, “I throw up when I eat or drink. I could die? I die? Doctor said I could die?”
Yes, it sounded more like a question, as though she was waiting for a reaction from me that I was refusing to give. I think she repeated the word “Die” to evoke my humanity which was there but saved for someone else who wasn’t pulling a con at the park.
By this time, my patience disappeared along with my desire to recover my pen. I looked her straight in the eyes and said, “I can’t help you. Ask someone else.”
The look on her face wasn’t even sheer disappointment. It was more of a “Damn. I didn’t get to play the whole scene out” kind of expression. With that she walked away—to the next victim I presume—and I realized I could use my laptop to write. Typing is much faster than writing by hand so I wrote this blog aiming to get as much of this short interaction down as possible. 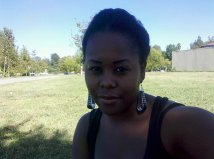 Maybe that lady really does need help but then again maybe she’s asking the wrong person or people for it and should speak to a health professional about why eating and drinking makes her throw up because clearly nausea or vomiting isn't something that can happen to pregnant women and wouldn’t she look ghastly, emaciated and completely weak with a belly if she couldn’t keep her food down? Clearly, I’m the idiot here…
Email Post
Labels: humanity life between living park strange interactions trees weirdos writing