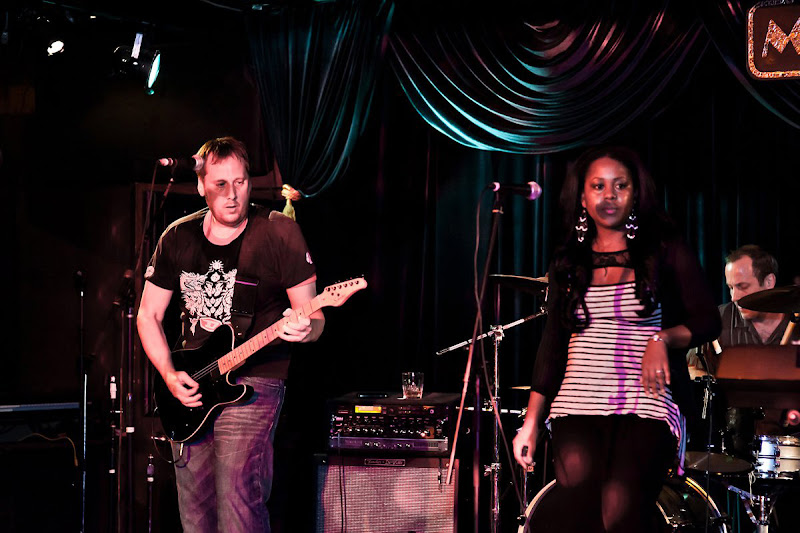 There are only a handful of singers/artists that move me in a way where I get emotional. It's not necessarily in a bad way, it's just an overwhelming feeling of appreciation, nostalgia and plain awe. There are also a collection of artists who have influenced my vocal style and the way I write melodies and lyrics. In no particular order, here are the main singers/artists who moved me emotionally or have influenced me the most.

#1 - Prince: Ever since I was a little girl, I loved Prince. My mom says she took me to see "Purple Rain" thousands of times and said I couldn't move my eyes off of the screen.What I admire most about him is his originality. Some artists are copycats and carbon copies but he is in a category of his own. His musicianship is beyond amazing. His lyrics made me hope that someday I'd be an artist and also got me through some tough times when I was a little girl. 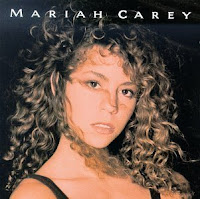 #2 - Mariah Carey: I will always believe that her voice was a gift from God. I don't know how someone can sing so beautifully. I have to admit, I am referring to early Mariah when she was still quite unknown and scratching the surface as a singer. Her debut album blew everyone out of the water. Her vocal control is phenomenal and I always loved how she looked so delicate back then. If I'm walking around a store and old Mariah comes on, tears run down my face. I get chills when I hear her riffs.

#3 - Maynard from Tool: I started to get into Alternative when I was in junior high and it has become the majority of the music I listen to. Tool is considered Metal but it falls into the category of "Other" for me. Tool used to be my favorite band but then I was introduced to The Mars Volta and now they battle for that position. What I like about Maynard is he has the ability to sing very softly and then all of sudden yell. It's kind of like a knife that stabs your ears - in a good way though. His lyrics are on another level and quite challenging to understand if you sit down and actually try to decipher the themes, subjects and emotions he is discussing. The versatility in his voice and the groups he's in make other rock singers seem one-dimensional. Watching both Tool and A Perfect Circle live are some of the best concerts I've been to. 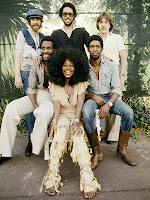 #4 - Chaka Khan: Yesterday, I started going through the songs my mom gave me from Chaka Khan. Immediately when I started listening, tears started running down my face. With Chaka, it's not only an admiration for her vocal ability, it's nostalgia and visions of being a little girl that accompany the music. It's hearing my mother's voice singing every lyric and every vocal riff that Chaka does. It's dancing in the mirror of our family house and wanting so badly to be famous. It's my mom going away on music business stuff and my dad playing Chaka because we missed her. Chaka's voice, for me is like a trumpet - it is brassy, pure and piercing. Her range is like no other and because she was my mom's idol growing up, my mom's voice sounds a bit like hers. The weird thing is that because my mom was my idol growing up, my voice sounds a bit like hers. (Definitely my high notes, Lol!) So indirectly, I have a little bit of Chaka in me because my mom does. It's awesome.

#5 - Celine Dion: Believe it or not but Celine Dion is one of my favorite singers. I don't actually own any of her CDs but when I look up singers online to listen to their performances and hear their voice, she is always at the top of my list. Her talent is apparent but it's her passion that moves me. When she gets to the climax of her ballads, she knows how to elevate them through her ad-libs and vocal range. I immediately get chills when I hear her voice. I get this feeling that every time she sings, she knows it's a gift and truly appreciates her audiences so she goes the extra mile to give them what they want. This to me, is a true entertainer. 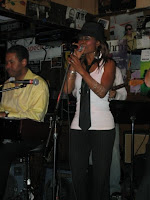 #6 - My Mom: She has probably had the most affect on me becoming an artist. Not only because she is one herself but because people always compare us so I believe unconsciously, I tried to be as different as I could from her in my music and singing. It's funny how a person can walk around a whole block trying to go in a different direction only to end up where they started. It didn't hit me that her voice was somewhere in mine until I worked on my second collection of songs with my uncle. He basically left me alone in the studio and made me record my own lyrics. I was a little sad at first but today I am truly appreciative of the level of experimentation he allowed me to have. He probably has no idea that I feel this way. So I was doing my ad-libs on a song I wrote called "Crazy For You" and belting out notes trying to find out how I was going to sing. All of a sudden he opened the door to the room and asked, "Is that you?" and I was like "Yes" and he said something like, "You can sing like that? You can hit those Chaka notes too?" and I just chuckled. It was the first time, I let the beast out.

Listening back to that collection of songs, I hear my mother but in a different way. She does too. She says she had an idea I would inherit some things musically but just wasn't sure how they would develop. As a baby, she said I would sing and imitate Chaka Khan notes before I could talk but when I hit like three years old, I couldn't really sing. It's funny, I remember trying to sing but not hitting the correct notes. She said she wasn't worried. I just had to find my own voice.

As an artist, my mom has taught me not to be afraid to belt. We are on the short side and people always get blown away at how my mom's voice sounds like it's coming from a huge, gospel singer. When they see this little petite woman, it's kind of shocking. She has also taught me not to be afraid to be different. She is one of the few people that has NEVER told me I should change my songwriting to be more mainstream. She encourages my weirdness and says that it's original. "One day they will try to be like you." Well, Mommy, they will be trying to be like you because that's what I do:) 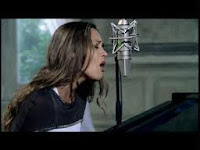 #7 - Fiona Apple: Last but definitely not least is Fiona Apple. Chaka Khan is to my mother as Fiona Apple is to me. My brother actually bought me her first CD when I was in high school. He said he thought she was someone I could look up to since she was so young and played piano. I don't know exactly at the time why I was so drawn to her but it's been that way for awhile now. The way she wrote her lyrics challenged me as a songwriter to think of ways to say things differently without making it obvious. When Alicia Keys came out, I was unimpressed because Fiona Apple had already claimed that "young girl with deep, sultry voice plays piano and writes her own songs" pedestal in my eyes. My mom took it further when she told me that I should hear Aretha Franklin play piano and sing. I was like, dang - can't top that!

I remember I used to be able to emulate Fiona's voice almost perfectly. I wanted to be just like her...and then something changed. I think it was when I turned 18. This is when "Shaharoh" emerged. If I had to name my top vocal influences, I would say Fiona Apple, my mom, Brandon Boyd and of course, me. 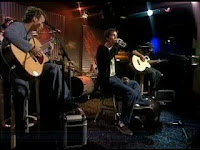 Darn, I guess I should add him to the list - #8 - Brandon Boyd - so this is what I will say. I love the band Incubus - they have a chemistry with each other that I think all bands aspire to. I have been disappointed with their later releases because once you've heard albums like S.C.I.E.N.C.E. and Make Yourself, it's quite hard to expect anything less. The first time I heard any of their songs was "Pardon Me" and I kept asking the person who was driving the car I was in over and over who this band was. I was in awe of Brandon Boyd's syncopated way of singing the verses which was almost like rapping and then the holding out of notes during the chorus. I was blown away to hear an alternative band with an extremely strong singer which wasn't the norm back then. This is after the grunge and alternative age - this is when the new century was creeping in and Britney Spears and NSync were dragging the Pop era back into the mix. Discovering Incubus showed me that it was possible to be an alternative band with a higher-than-mediocre vocalist.

Umm...ok, enough with that digression. What is "me" or my style is the way I sing my words, the way I write and the way I execute my melodies. I like to sing extremely soft and then let the beast out with belting. My vibrato and the way I ad-lib is my own. I am not saying that I have the best voice on the planet --what I am saying is that I have my OWN voice.

I don't expect people to like me or my style of music because everyone is entitled to their own opinions. When people compare my mom and I or ask us who sings better, I always point out that she is an Entertainer and I am a Singer-Songwriter/Musician. There's a huge difference. She writes music too and can play piano but she is a crowd mover and is magical when she is on stage. She's more like Look at me!  I am more about the element of surprise. I like to begin a song and let it creep up on the audience. I am more like Listen to my music and if you like it, Great. If not, Oh Well! I am The Anomaly.

There are so many singers, artists and entertainers who have moved me but the people on this list have played the most important part to how I formed my artistry. I love them.

*Here are the artists' websites - just in case you'd like to check out their latest music, concerts and info.