The Sky Was Fire 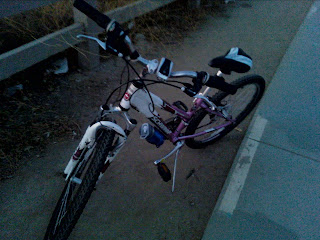 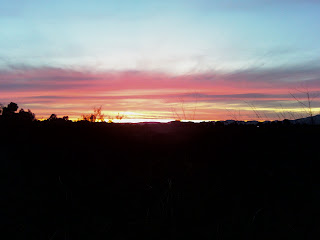 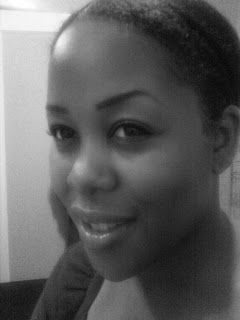 Yesterday I went for a bike ride at around 7:45pm. I ate dinner before - Brian cooked the best salmon he's ever made. I was only going to eat half, ride my bike and then eat the other half afterwards, but my tastebuds had a different idea. After I savoured the meal, I grabbed my bicycle, water bottle, ab thing (it has velcro and helps you sweat more while protecting your lower back), biking gloves (yes, I'm nerdy like that) and unfortunately, a waste bag (which Brian calls a fannypack) but it's only because the zipper on my bicycle bag is broken at the moment and I need a place for my phone and keys. I ride at Lake Balboa, which is about two blocks away from where I live in Van Nuys. It's cool because I park in the dirt where everyone is either getting ready to walk, jog, run, rollerblade or bike also. So once I got there, I stretched a little and I was off. I had my ipod playing and really wasn't focusing on anything else except increasing my speed. There's a bunch of trees that you pass and a huge open field on the right where people fly toy airplanes and helicopters. I looked up to gaze at everything around me, because this awesome song came on that reminded me of the '90s, Fourth of July by Soundgarden and when I saw the sky, it was on fire! It was so beautiful, I was so happy. It was red, orange, and yellow. It reminded me of driving through New Mexico during sunset against the red rocks. After I turned the corner, I pulled over and took these two photos: one of my bike and then of the sky. My phone doesn't do it justice but I think you get the idea. I was so compelled to take the photo and stand there taking in the magnificence. I texted Brian, like I always do when there's a beautiful sky and then continued on my bike ride. On my second time around, my playlist wasn't motivating me as much I wanted so I skipped to the next song and then the next one until finally a song by Radiohead came on called Airbag. It's the first song on OK Computer, which some consider their best album but I honestly love all of their work. This CD just happens to remind me of a certain time in my life when I was discovering new music and expanding my ear. When I got home, I finished watching Ghostbusters and after a half an hour or so passed the hell out! I slept like a baby last night.
Email Post
Labels: biking ghostbusters happiness magnificence music Radiohead sky Soundgarden sunset working out